What happens when your preseason “player of the year” decides to leave the team, after announcing he’s stepping away for “personal reasons”? If you’re Kelvin Sampson, head coach of the University of Houston Cougars, you shrug and “switch channels.”

Early this month, Caleb Mills entered the transfer portal, which sounds like something out of Star Trek. Whether he comes out the other side unscathed, Sampson certainly emerged looking good. Good? Three days later in a come-from-behind win against Wichita State, replacement player Quentin Grimes deposited 22 points in the basket. Another put in 28 points, including eight treys.

Maybe Coach Sampson reached in to tweak Mills’s nose on his way to the other side of that portal. - January 15, 2021

TYGER, TYGER, GIMME A LIGHT
With so much nuttiness all around us, one has to work extra hard to stand out. Three months ago, a guy – I mean, duuude! – snuck into a house to smoke pot. Imagine his surprise when he found he was sharing his space with a full-grown 350-pound tiger. Fortunately for him, I mean, the duuude!, the tiger was in a cage. Unfortunately for the tiger, the poor brute had been locked up for weeks, festering in its own feces and urine. One can only imagine how hungry it was. Come to think of it, so was the duuude! And he didn’t bring enough chips to share with his new-found companion.

All’s well that ends well. The tiger is recuperating nicely on a wildlife preserve, the crazy woman who owned (and abandoned) the creature has to cough up $11,600 for its care so far. And the intrepid pot-smoking adventurer? The article made no mention of charges for possession or entering private property. So, he won’t be wearing matching stripes. Seems to me he should be rewarded. A crate of Chee-tos should suffice for duuude!

As a coda to this fairy tale, the tiger had been named Tyson after the boxer, but the caretakers are considering a new name. Seems to me Tyson is a perfect name. After all, both are flesh-eating savage animals. - May 16, 2019

HARVEY COMES KNOCKING
When two inches of rain falls, you can skip watering the plants for a couple of days. With 4-5 inches, you probably had trouble driving to work. If the rain gauge goes up to 10, chances are you checked to make sure your flood insurance was up to date while you were stuck inside with pets making some water of their own. More than 20 inches and you’re checking the Book of Genesis to verify God’s promise after Noah and his nuclear family emerged from the ark.

Over the past four days, Houston and surrounding counties got deluged with over 40 INCHES of rain. One town east of Houston recorded 51.88 inches of rain, setting a national record. Yay. Go team.

A depression formed into a tropical storm in the Gulf of Mexico on Wednesday a week ago. The eye was not defined, but wasted little time coalescing into a full-blown hurricane. By Friday, it became the first category 4 hurricane to hit Texas since Carla in 1961. It struck Rockport and headed straight to Victoria. Thankfully, Lisa’s mother and brothers as well as our son and new wife had joined an exodus for higher and more remote ground. 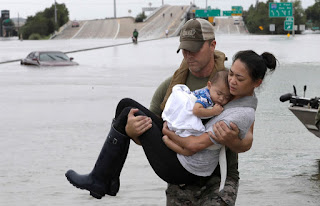 That put Houston on the “dirty side” of the storm, meaning we would get less wind, but more rain. It began in earnest by noon on Friday. From then until noon Tuesday a relentless downpour deluged Houston and everywhere next to it: Conroe and Kingwood in the north; Richmond, Rosenberg, Missouri City in the southwest; Dickinson, Friendswood and League City to our southeast. As if that weren’t enough, the damned thing went back to the gulf to pick up more water to dump on Beaumont.

The sun came out on Wednesday. The sound of rain drumming on the roof has been replaced by the sound of helicopters monitoring the extent of flooding, ferrying supplies or rescuing stranded victims. For the first time in four days I slept through the night without being woken by a severe weather alert. Every few hours my cell phone would shiver and shriek an alarm, followed by a voice from the Department of Important Announcements. 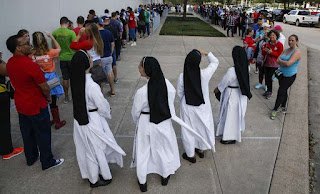 Shelters all across Harris and other counties have opened their doors to help. Long lines formed outside George Brown Convention Center to accommodate . . . volunteers. It’ll be long recovery, but I’m confident we’ll turn out okay. -August 31, 2017
LAST FLIGHT

One the great highlights in my life occurred when I was a teenager. I was at a music venue helping a friend set up equipment for a dance when in walked someone who meant more to me than any performer – Alan Shepard, the first American to get shot into space in the Mercury mission. I introduced myself, shook his hand, and went back to plugging in speakers.

Among the advantages to growing up in Houston was realizing that something of national importance was taking place right here. Although I was too young to truly appreciate the magnitude of what was going on, a sense of pride permeated everything. I knew men who worked at NASA. In fact, my oldest brother worked for NASA. I saved newspaper clippings of the exploits of our astronauts, and dreamed of becoming one. A fear of heights and claustrophobia is a bad combination for would-be space explorers, so I wisely set my sights a little “lower.”

Just a few years before Alan Shepard “slipped the surly bonds of earth,” Charles Lindbergh audaciously flew across the Atlantic. In fact, the famed aviator actually met Neil Armstrong, Gene Cernan and Jim Lovell. (But for a mishap, one of them would have walked on the moon.) Barely 70 years separated the legendary solo flight and the flight to the moon. Now consider the sheer magnitude of technological knowledge necessary to expedite this mission, and consider the primitive state of computers compared to their ubiquitous presence.

Just a couple of weeks ago Lisa and I listened to Walter Cunningham of Apollo 7 speak at the University of Houston Clear Lake campus. A month earlier, John Glenn died. I was almost finished reading (again) First on the Moon when news of Gene Cernan’s passing was broadcast. The very last man to leave the moon was also the last to leave earth.

Another Greatest Generation has come and gone. I’m grateful that I was here for the ride. – January 19, 2017

GRAVELY SPEAKING
Since the onset of summer my wife and I have been able to take in some leisure activities. Today we went to, of all places, a museum of funeral history. It was far more interesting than one would expect. There is an element of the macabre, to be sure. For example, there is an extensive exhibit on the history of embalming, dating from Egyptian mummification to present methods, complete with manuals and instruments. There is also an impressive fleet of cars used for funerals, including one equipped with sleds. A collection of fantasy casks from Ghana, and an exhibit for the Hispanic observation of the “Dia de Difuntos,” added a touch of whimsy. 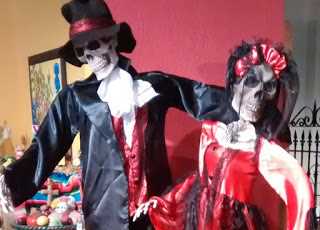 But the real draw was the permanent display for “The Making of a Saint.” The display is ostensibly dedicated to the memory of Sts. Pope John Paul II and John XXIII, but there is a lot of attention to the process of papal elections as well as their internment.

MOVING DAY
I know all of you are anxious to find out how things are going since we pulled up stakes to move back to Houston. After a 33-year sojourn in Victoria, it should be no surprise that I need some time to readjust to my new surroundings. New, you ask? Hubbell, didn’t you grow up in that house? Well, as some brilliant sage once said on an inservice handout, “You never step into the same river twice.” Wait, I think it was “Insanity is repeating something you’re doing and expecting a different result.” Or maybe it was, “"I don't want any cheese, brother. I just want out of this trap."  No, that was my barber. 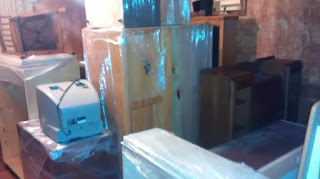 Thanks to Three Men Movers, it all went smoothly, and right on budget. I’d rather take a sharp stick in my eye to relocating, but if I ever had to do this again, I’d use Three Men Movers without hesitation. Actually, the next time I relocate will involve an undertaker, a pine box and Three Men With Shovels. 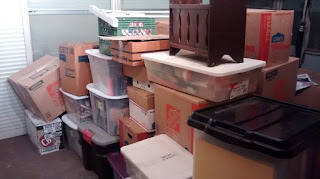 Nothing really hits you like leaving a house as empty as when you found it. Your possessions are neatly boxed up and hauled off, but what do you do with the mark you made on the door to mark how fast the kids grew up? What about the scorch marks in garage where your son learned how to start a fire with flint while you were inside watching a game?

It’s been just over a week, and a lot of boxes have been unpacked. In fact, progress is measured in boxes per hour, or BPH. As in when the missus screams, “Why the hell are you sitting! You’re only going at .24 BPH!!!” Time marches on marked in sedimentary layers if you’re a geologist. Come to think of it, that’s not a bad method of measuring time when you’re relocating to a house you grew up in.
Egad! What is this? A Wahl hair clipper? This clearly belongs to the Late Crew-Cut Era. And here’s a Tiger Beat Official Beatles Fan poster from the British Invasion Period. This Puka-Shell necklace remnant clearly fits into the Disco Interruption. 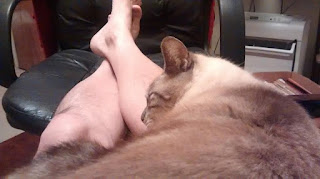